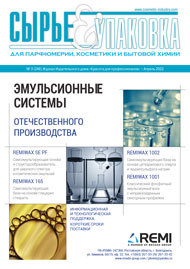 END_OF_DOCUMENT_TOKEN_TO_BE_REPLACED

Satisfying the increasing consumer demand for natural and eco-friendly cosmetics will be a challenge for the beauty industry. The new EU-project OPTIBIOCAT aims to replace chemical techniques currently used for the production of cosmetics with energy-efficient and eco-friendly biocatalysts. OPTIBIOCAT is backed by 7 million of EU-funding and builds upon a highly interdisciplinary consortium of 16 partners from eight European countries.

When strolling the supermarket aisles, it becomes apparent that an increasing number of products bear labels such as natural organic or bio. The demand for such labeled commodities is particularly high in cosmetics: The natural cosmetics market has shown incredible growth in recent years. According to analysts, the global demand for natural cosmetics was over 5.8 billion in 2012 and is expected to reach an incredible‚ 10.1 billion by 2018. However this is just the beginning. Consumers have also developed a keen interest in knowing more about the way lotions, creams and lipsticks are made. In future, companies will need to establish and demonstrate environment-friendly production processes and novel cosmetic ingredients with a lower environmental footprint. This is also the aim of the innovative project OPTIBIOCAT Optimized esterase biocatalysts for cost-effective industrial production), which is backed by around 7 million of EU funding under the FP7-programme. OPTIBIOCAT brings together a broad interdisciplinary team of researchers, academics and industry experts, with 16 partners from Italy, France, Germany, Greece, Portugal, Sweden, the Netherlands and Finland covering the entire development process, from genome and microbial mining to application. Most prominent industry partner is Greek natural cosmetics producer Korres.

The new four-year project will replace resource and energy-intensive chemical processes currently used in the cosmetic industry through discovering and optimizing novel enzymatic biocatalysts. Enzymes are cellular catalysts responsible for controlling thousands of reactions in organisms and increase the rate at which reactions occur. The OPTIBIOCAT researchers will develop highly effective biocatalysts, requiring fewer steps in the production of components as well as lower-temperatures (50-60°C) compared to those of chemical processes (up to 160°C). High temperatures in current chemical techniques need a large amount of making the process expensive as well as environmentally unsound. The environmental footprint for the production of the identified antioxidants will be significantly reduced with our innovative biocatalysts, – says Vincenza Faraco from the University of Naples, who leads the OPTIBIOCAT consortium. In addition, unwanted side reactions will be minimised, resulting in highly pure products that will allow for improved product quality and reduced process costs.

The novel biocatalysts will be based on feruloyl acid esterases (FAEs) and glucuronyl esterases (GEs) for the production of phenolic fatty- and sugar-esters with antioxidant activity. They will also be tested for potential in other products with improved biological activity. FAEs and GEs will be improved by site-directed mutagenesis and directed evolution and the project also aims to mine for completely new FAEs and GEs genes from available genomes, improving the efficiency of fermentation/production and stabilising both the enzyme formulations and the life cycle of the biocatalysts. An impressive portfolio of novel FAEs and GEs compounds will be developed that will include 50 fungal and 500 bacterial esterases, as well as 25 site-directed and 20 directed evolved mutants.

The outcome of the project has potential to support other industry branches besides cosmetics. FAEs are also needed to produce ferulic acid, which is used as a food antioxidant, as well as in cancer and Alzheimers drugs, – says Annette Langbehn (BIOCOM AG, Berlin), the projects communications manager. 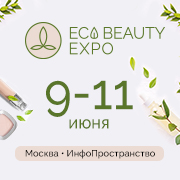